His Beatitude Daniel, Patriarch of the Romanian Church, received Thursday, 21 April 2016, at the Patriarchal Residence in Bucharest, His Excellency Mr. Petro Poroshenko, President of Ukraine.

During the meeting, His Beatitude expressed joy over the visit paid by the Ukrainian President and pointed out the important historical and spiritual ties between the two neighbouring peoples. In this respect, the Patriarch of Romania recalled St Hierarch Peter Mogila, Metropolitan of Kiev, of Romanian origin, and St Pious Paisius (Velichkovsky), abbot of Ukrainian origin of Neamţ Monastery, during the 18thcentury. The spiritual brotherhood of the two peoples remains until today, being demonstrated by the multitude of Romanian pilgrims who visit the most important spiritual places in Ukraine.

President Petro Poroshenko thanked His Beatitude Patriarch Daniel for the kindness of receiving him on his visit and for the efforts made to draw the two peoples closer, who have many things in common as predominantly Orthodox countries, in which the Church enjoys a particular esteem on behalf of the people.

Referring to the situation of the church in his country, the Ukrainian President requested the Patriarch of Romania to support and facilitate the achievement of the endeavour of Ukrainians to have a united Orthodox Church. Furthermore, the Ukrainian head of state noted that there are over 100 Orthodox parishes in Ukraine in which the divine services are officiated in Romanian language and, in this context, he expressed the wish that Ukrainians in Romania may attend to religious services in their mother tongue, including in Bucharest.

His Beatitude Patriarch Daniel reminded the President that in Romania there is a Ukrainian Orthodox Vicariate, that has 32 parish churches and 3 monasteries, in which religious services are held in Ukrainian. In this regard, His Beatitude expressed his willingness to establish a parish to serve the Ukrainian community in the capital city of Romania.

Press office of the Romanian Patriarchate 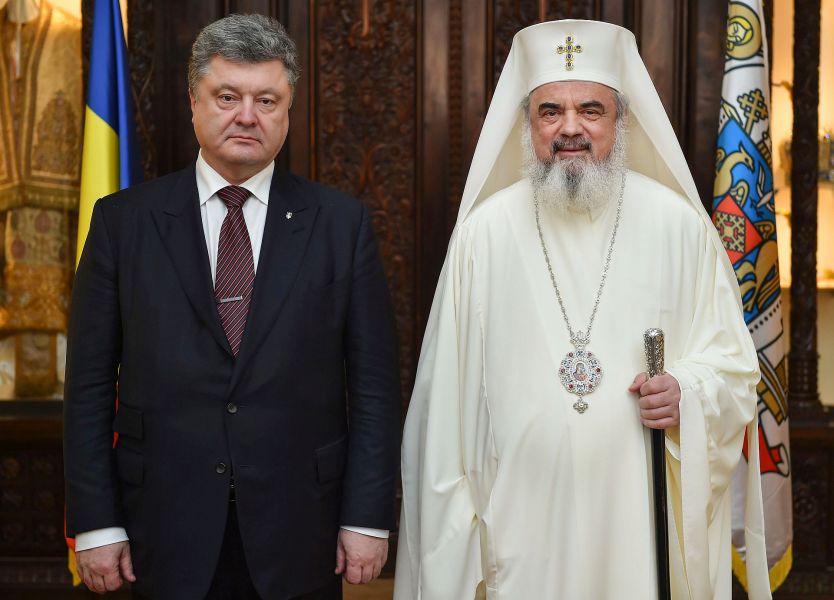 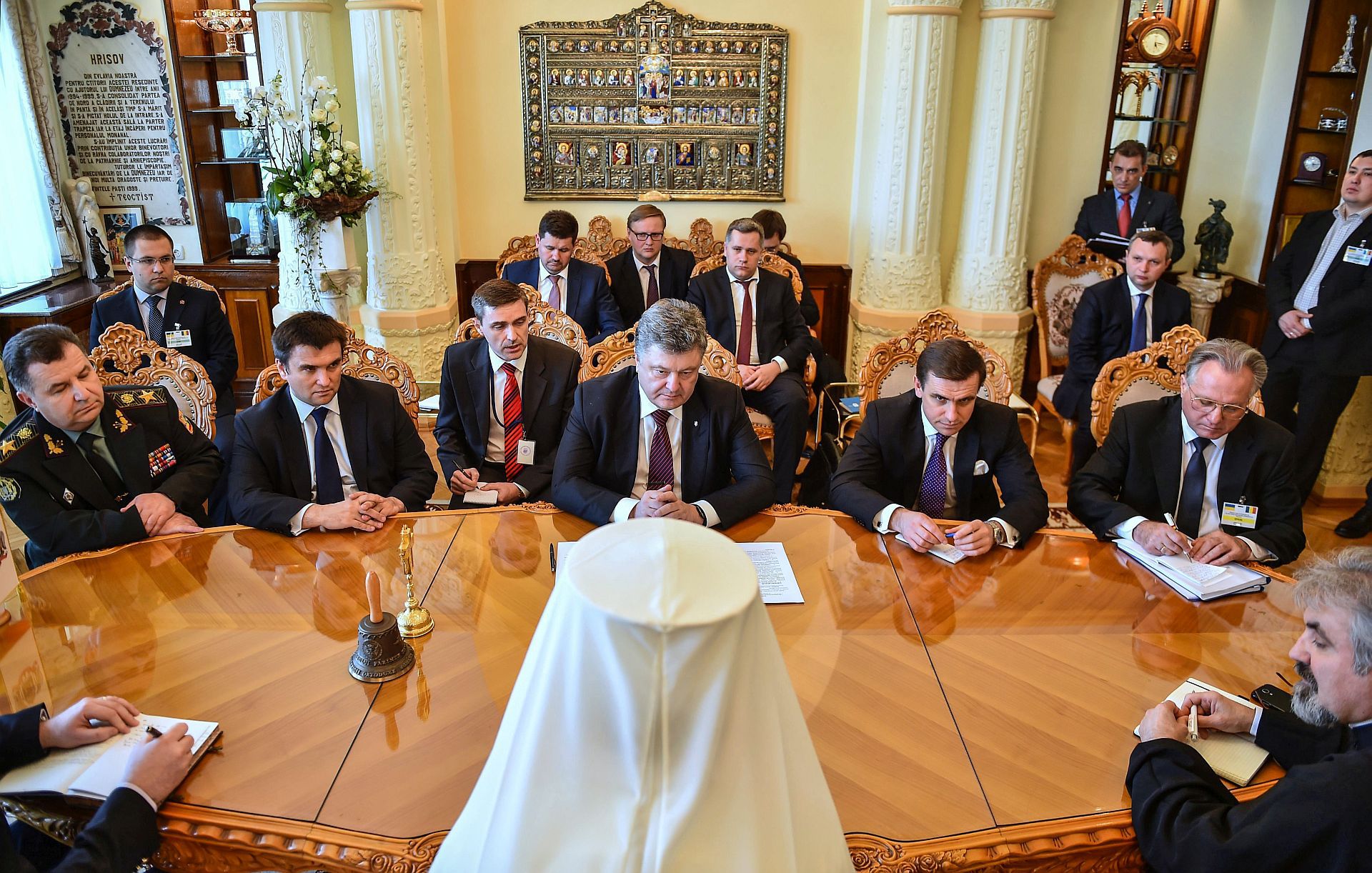 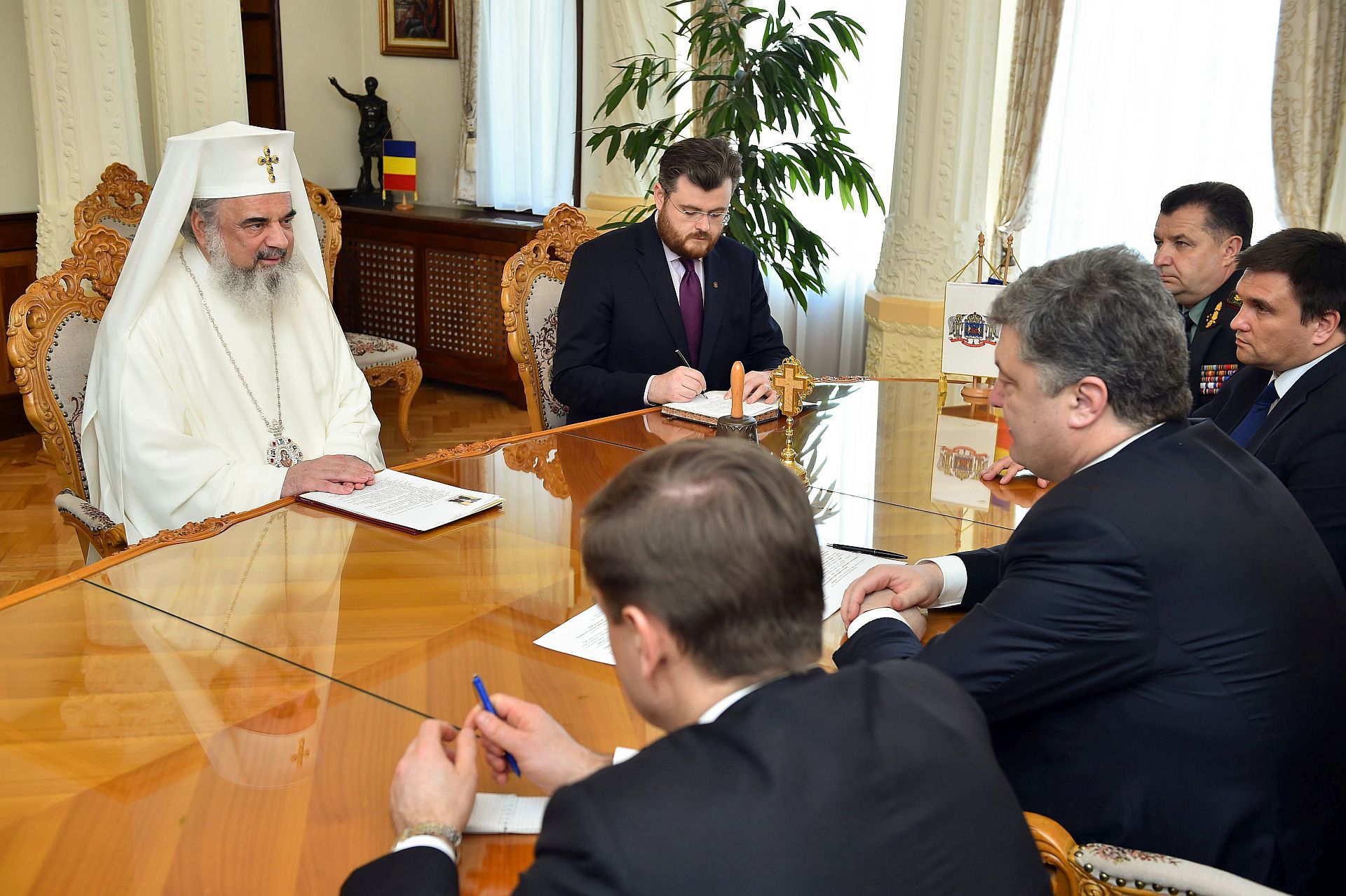 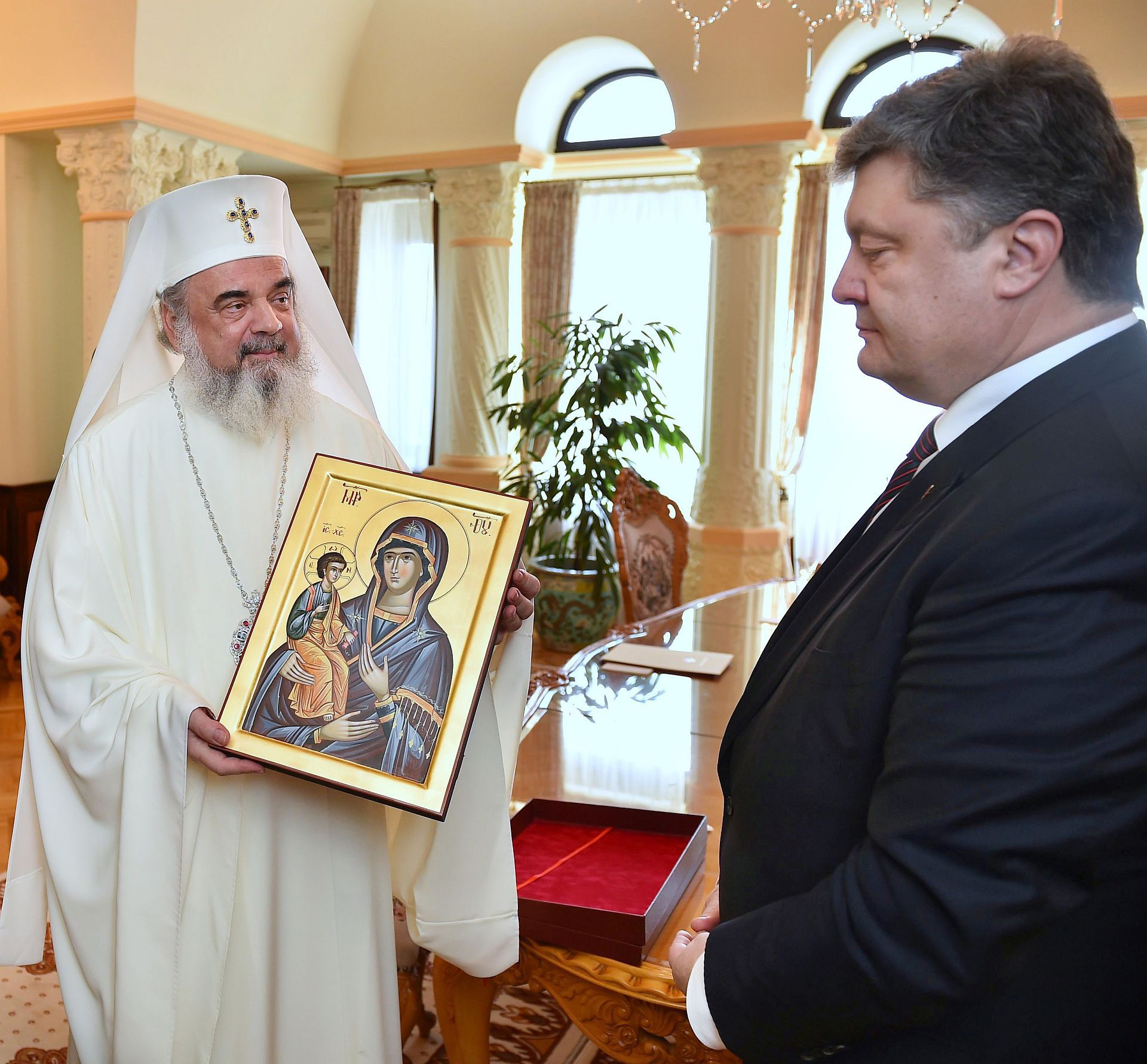 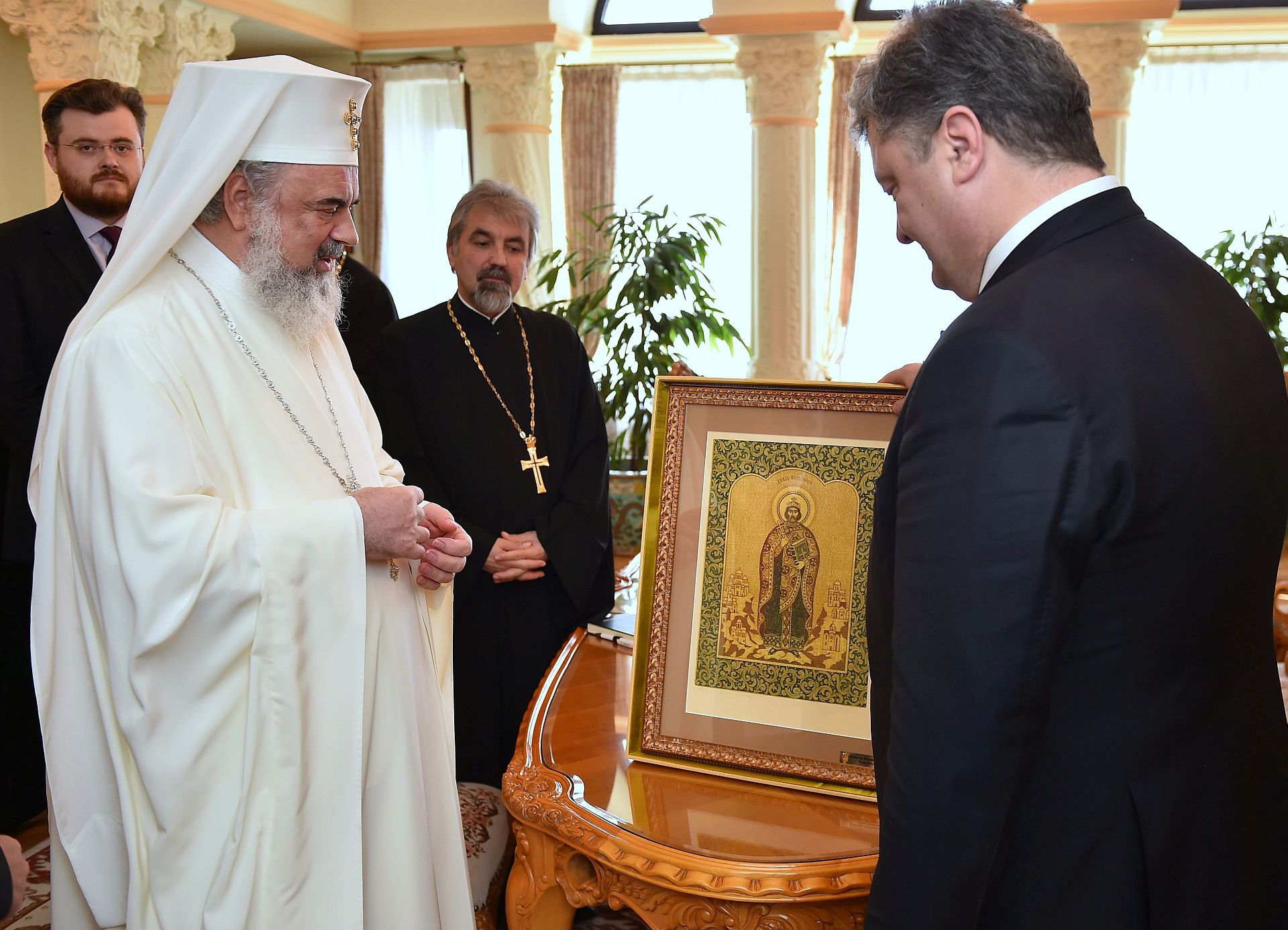